Our Messiah concert on 16th November was a wonderful occasion for both performers and audience. So many people came to hear the concert that the conductor and performers had to be turned back five times, as people were still arriving and more chairs had to be found! Eventually we were all settled and that wonderful music began…

Handel certainly knew how to write music that is a pleasure to sing! We received many compliments from members of the audience on our diction, phrasing, dynamics and energy. One ordained listener said that the concert was an inspiring spiritual experience for him.

Please click the arrows to see photos from all sections of the choir.

The Musical and Amicable Society were a perfect balance to the choir. They played beautifully and effortlessly.

” The trumpet shall sound”

What did our concert have in common with the royal wedding of Harry and Meghan? David Blackadder, the trumpeter! At the royal wedding he played Handel’s beautiful ‘Eternal Source of Light Divine, with the soprano Elin Manahan Thomas.

He is on the right of this photo, with Matthew Frost.

The man who brought it all together: our talented Music Director David Wynne. His wardrobe of shoes is a constant source of fascination!

We were delighted with the standing ovation and long applause at the end of the concert . A memorable concert from start to finish!

Many thanks to Alfred White for this wonderful gallery of photographs. Thank you also to Mary Keating for the picture of ‘the shoes’ and one other from her seat in the audience. 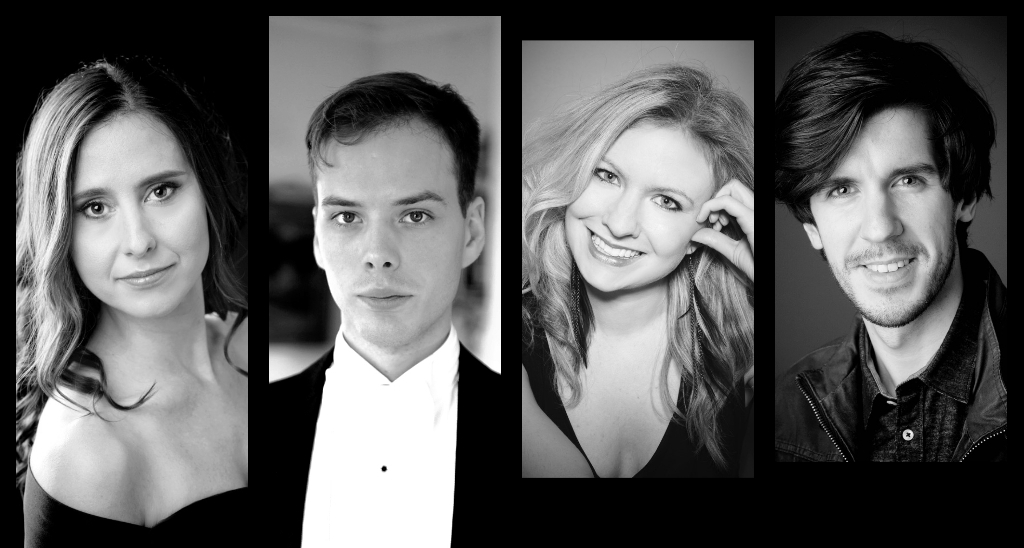 We are delighted to to tell you about the top class soloists and baroque orchestra who will be performing ‘Messiah’ with us on 16th November! The concert will take place in the gothic church of St Alban the Martyr, Highgate, Birmingham, known for its beautiful acoustics.

The Musical and Amicable Society society last performed with Birmingham Festival Choral Society in Bach’s St John Passion, in 2018. They are a collective of professional period-instrument specialists, performing in combinations ranging from small ensembles to full orchestra all over the country. Their presence will add a touch of Baroque magic to our performance!

Known for her clear and agile voice, Penelope Appleyard enjoys a busy freelance career as a soloist and ensemble singer, predominantly in the field of early music.

Penelope studied with Christine Cairns and Andrew King at the Royal Birmingham Conservatoire, and in 2019 was awarded Honorary Membership of the Conservatoire for notable success since graduation. She has performed and recorded throughout the UK and internationally.

After graduating from St John’s College, Cambridge, and a brief period of study in Moscow, Xavier returned to the UK to study privately with Christine Cairns. He won a prestigious scholarshiop to the Royal College of Music, London, where he learns with Russell Smythe.

As a concert soloist Xavier has sung in Cathedrals and churches throughout England and in halls such as St John’s Smith Square and Wigmore Hall. He supported by Opera Prelude and has taken part in Operas in many places including the Royal College of Music, Dartington Festival and in the chorus at Glyndebourne.

Phillipa Thomas began her studies at the University of York, where she was awarded the Concerto Prize, before continuing to further success, winning first place in the Birmingham Conservatoire Singing Prize. Since then, she has performed many operatic roles.

On the oratorio platform, Phillipa has been fortunate to work as a soloist with renowned choral societies and orchestras across the UK. Her extensive knowledge of and passion for sacred music has led to frequent performances of works from a variety of periods.

Phillipa has also recorded numerous oratorio solos as part of a project with the professional ensemble Blossom Street Singers. Phillipa is currently working at Oper Köln in their production of Brett Dean’s Hamlet and future projects include a follow-up album to the widely acclaimed Blossom Street recording, This Day.

James Williams studied at the Royal Academy of Music, London, during which time he received training from eminent figures, such as Richard Bonynge, Simon Keenlyside and John Shirley-Quirk. Since graduating, he has enjoyed an active performing career throughout the UK, Europe and Asia.

James served as Musical Director for Brent Opera during their productions of Macbeth, Martha, and Nabucco, while having worked as a répétiteur for various London-based opera companies. As a composer, he recently witnessed the premiere of his Mass for St. Helen, as well as his commemorative cycle of war songs for baritone and piano, performed to mark the 100th anniversary of the Armistice.

Keep the evening of Saturday 26th March free for our choral jazz concert 'Passion Music'! We will be singing two works by the exciting British composer Will Todd: Passion Music and Mass in Blue. @will_todd_music
He came! Santa arrived at our concert, distributed sweets to the children - and then joined the choir for our Christmas medley. What a talented chap!
Repost @crisis_skylight_birmingham : 'What a fabulous evening it has been. A huge and special thank you to everyone who shared a testimony with us tonight, to all our readers and volunteers, to the wonderful St Martin’s and the fantastic Birmingham Festival Choral Society (pictured here singing Nativity Carol), and to everyone who came out to experience all of this with us! We really hope you enjoyed it as much as we did 🥰 #crisisxmas
Follow BIRMINGHAM FESTIVAL CHORAL SOCIETY on WordPress.com
Loading Comments...